These are part of the Lost Realm Series, which I created several years ago. I was searching for a unique aesthetic look that combined elements of architecture and ancient building design. I began looking at ancient societies and grew to appreciate the complexity of their work, including the mathematical approach to designing temples, not only in principle, but in practical application of building techniques. I wanted to create a series of drawings that fuse both ancient and modern stylized architecture to create a new world that is a tribute to their efforts. The pieces presented here are a fusion of several cultural styles without introducing any religious iconography in its design concept. My intent is to draw in the viewer into a realistic interpretation of a world that may have existed in the heights of its power. This is a snap shot view of a world that has long been forgotten and buried beneath the sand. These drawings are only a reinterpretation of what they have created. It is a glimpse of a society that is just as incredible as those that existed in the distant past, but seen through its architecture.”

This is an illustration that I created for a private collector. My client wanted me to draw his truck in front of the Virgin Mary, which is from an Italio Byzantine painting. Medium: Charcoal Pencil and Sticks on Lenox paper (April 2018). 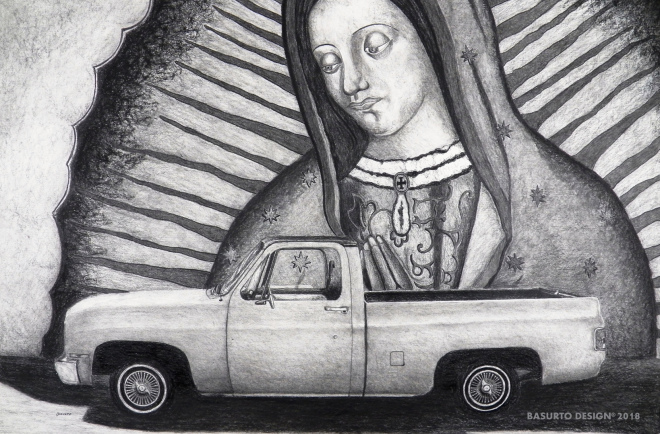 These are a series of illustrations that I made when I was at the University of Texas At El Paso in 2013. They range in different subject matter and  medium. I was trying charcoal, Indian ink, color pencil and soft pastels to express new ideas in a different way. I really had a great time working on these illustrations and are some of my favorite works.

This is the third show for the El Paso Illustrator Collective, which was called: Project Trif3cta Art Show. The group was asked to create one piece of artwork based on noir, horror, or cult. I chose to do noir for all of the my drawings. I created a fictitious 1940's film noir story staring Kirk Douglas as the lead star hunting down a serial killer. The Medium is charcoal pencil on Lenox paper, 13" W x 19"H.

This is the El Paso Illustrator Collective's second art show that was held at Hope & Achor bar. I created a series of three western illustration. I had a great time creating these illustrations and the show was a success. Charcoal on Lenox paper: 40"W x 27"H.

These images are the promotional flyers and graphic design work I did for the permiere show for the El Paso Illustrator Collective or EPIC titled: Southwest Iconica: El Paso. It includes the two poster flyers, ticket flyer, and the EPIC logo I designed. The illustrations are drawings that I did for the show, which are Tim Hardaway, Danny Olivas, Gene Roddenberry, and John Wesley Harding. The show was held at the 2nd Floor Gallery on July 25-27, 2013.

This is a wall drawing for the first Wall Works student art show at the Glass Gallery at the University of Texas at El Paso in 2007. The medium is charcoal pencil and sticks on sheet rock wall, 3'w x 9'h. 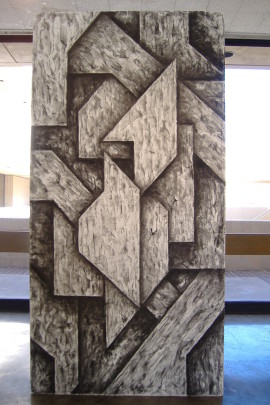 This is a wall drawing for Wall Works 3, which is a student art show that was held at the Glass Gallery at the University of Texas at El Paso in 2011. The medium is charcoal pencil and sticks and is titled Gears, 3'w x 9'h. 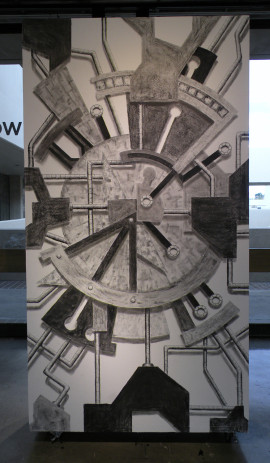 This is an illustration that I drew for a client. They wanted a Victorian bench in the image next to a tree at a park, along with a Victorian light post. The client wanted it to appear misty with trees fading into the background into an open area. The media is charcoal pencil and sticks on Lenox paper, 40"w x 30"h. 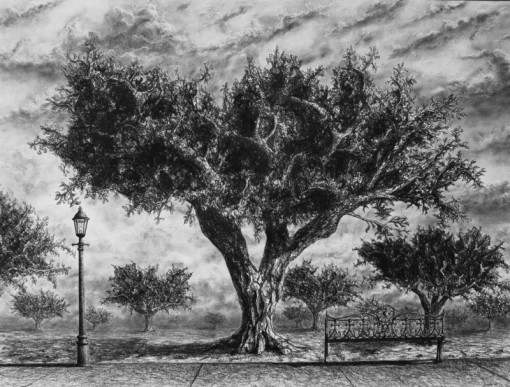 This is a series of geometric pattern artworks that I wanted to create in order to show depth on a two dimensional surface. I also wanted to experiment with color pencils and soft pastels so I can get a better feel for both mediums. Color pencil and soft pastel on paper.

I created the logo for Baby Friday Pod Cast, which will be hosted by Armando Pioquinto, of Anonymus Beats. It is a show that covers many topics and current events that will premier on the Anchor App on May 3rd, 2018. 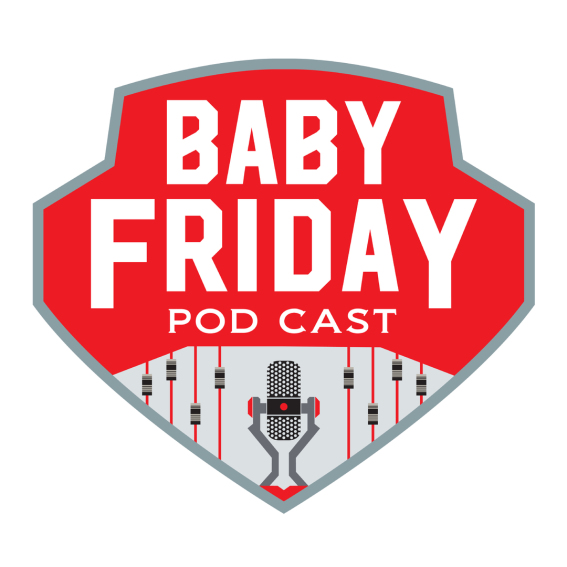 James Hernandez is a photographer out of the Dallas, Texas area. If you are in the Dallas area and need a great Photographer, he does weddings, special, private and public events. Contact him to schedule an appointment.

This is the logo I created for a group of clients who are starting their own medical consultant group in Sugarland, Texas called The Ternio Group. The original concept by the clients was to fuse the three partners into one logo that resembles an arrow. I decided to design the three T's into the arrow head and tried to keep the lines clean and the idea simple. The images shown are the color, black & white, the reverse, and the full spread of the logo. The logo was updated in 2016 to include USMS West: U.S.Medical Systems merger.

This is the logo that I created for the El Paso Illustrator Collective.

This was designed for the Peace of Art show that was held on July 8, 2010 titled "Look Harder: it is Still a Cover-up". The artwork was designed to show how the terrible violence in Juarez, Mexico has affected the lives of the people living there and in El Paso, Texas. This artwork hopes to shed light on the missing women in Juarez. Thousands of young women have vanished or have been found dead throught region in remote areas. The drug violence in Juarez has overshadowed this continuing problem, which has been named "Femecide", and has been ignored by Mexican authorities. This continues to become a serious problem that has yet to be resolved. Since then the works for this show has been on display throughout the country and in Latin America. Digital Media: 13"W x 19"H. 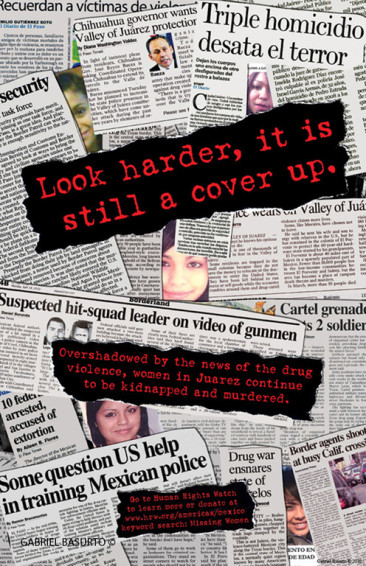 This a painting that I did and adjusted it in Photoshop for an assignment in college. I designed it in the style of his work, which I like very much, and included his name into the piece. This piece is both a graphic design image and a painting. 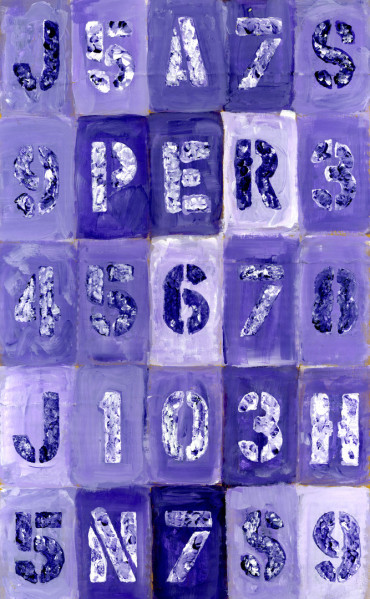 These are the logo designs that I created for the DJ group. Both designs will be used for their promotions and advertising.

These are designs for a Poop & Scoop buisness here in El Paso, Tx. If you need any pet services in El Paso, I highly recommend using their services, they do great work. You can locate them at www.doublegsscoopandsit.com and at 915-600-5002.

DIY Headquarters is a factious national chain hardware store that I was assigned to create an identity for in college, that includes the logo, stationary, graphic standard manual, promotional brochures and packet sleves, and 6 pain can labels, including the packaging design for box the paint cans will be transported in. 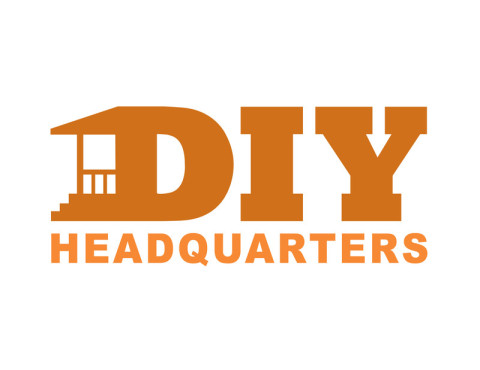 The Envision the World logo competition took place when I was at El Paso Community College in the early 2000's and my design was chosen to be on the book jacket. The logo is for the El Paso Independent School District and was my first logo to be published. The book jackets were distributed to all the schools in the district. 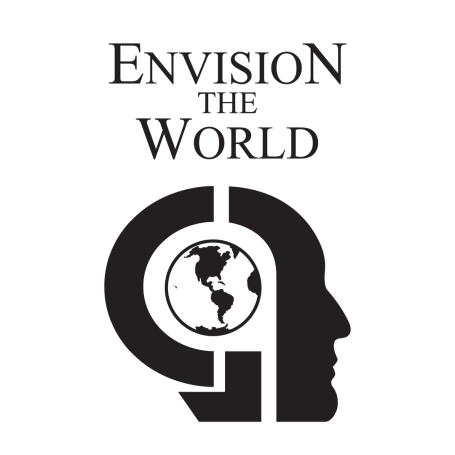 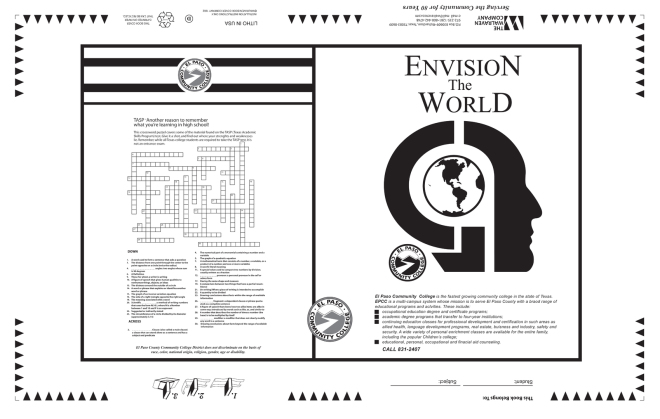 The University Of Texas at El Paso Photo Competition (2006)

These are the photograph I took for the UTEP Photo Contest. The objective of the show was to show the beauty of the campus and its surroundings. Three of my photos made it into the show that year. I tend to focus on the lines of building or structures and how the shadows fall. The three photos that made it into the show are the Fox Fine Art picture, the avenue of tree in front of the UTEP Library and the view from a building roof looking out toward the Franklin Mountains.

This is a reproduction of Wall Works 1 that I painted in color. I wanted a color version of that illustration becuase the original was erased the day after the show. Oil on Canvas: 66.5"H X 48"W. 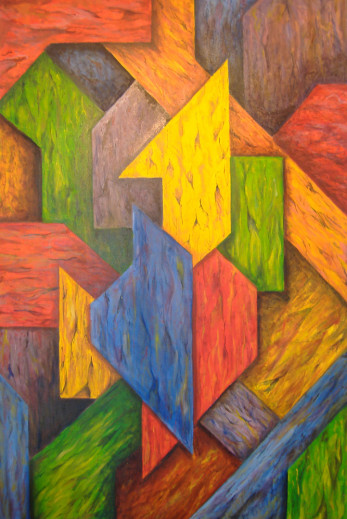 This is a painting I did for a Graphic Design project. Acrylic on Cardboard: 19"H X 13"W. 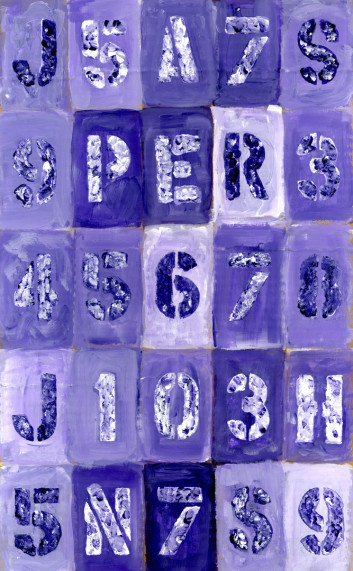 The Mechanism installation is now on display for public viewing and the response has been great. The piece itself is in three separate sections, but is designed to look as one. The reason being is so that I could transport the piece safely. It took two cars to get it there, but is ride there was a bit nerve racking. The assembly process was fun as well. In order install the two side pieces, they have to be almost completely disassembled in order to anchor it to the wall. Once on, I had to carefully reassemble the gears and dials by hand and tightened them with a screw driver. The only piece that was completely intact when mounted is the center piece. The presentation was an amazing experience. I did a thirty minute presentation and those in attendance enjoyed to lecture. This was an incredible experience and I look forward to the next challenge. 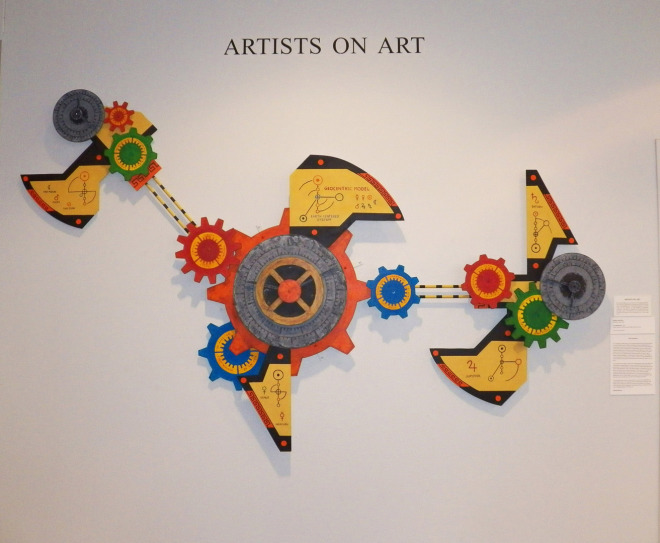 This is the original artwork that I created for a mural I painted in the Irvin High School Gym when I was a senior. I was only able to paint the letters and numbers.  Unfortunately, we ran out of money to complete the back ground and the school refused to help us out. It remained there for many years, but the gym went through renovations and it was painted over. It was about 70 feet long by 3 feet high and was painted with acrylic paint. It was my first major project I ever worked on and was really fun to do, but a lot of work.

Check out the latest news about me and on ongoing artistic projects.

New project information will be posted at a later date.

New Online Webpage
We're so excited that you've found my new website! This is the place to find out more about GABRIEL BASURTO.

I am featured in The Artist Catalogue, which is available for digital download on August 1, 2017. Go to theartcatalogue.com for details.

Get Connected With Us.